Has a work-related injury ruined your plans for the future? You may have unexpectedly suffered a severe injury while working. This is more common than you might think, it happens all the time, and there are legal mechanisms in place so that the worker is not unduly harmed by such incidents.

California law states that if a worker is injured due to a work-related activity, he or she deserves monetary compensation to offset his or her lost wages and medical expenses for the injury. No matter whose fault the accident was, if it is work-related, be sure you qualify for compensation.

However, this is not fully complied with 100% of the time. When you file a workers’ compensation claim, the settlement offered to you by the insurance company representing your employer may not be enough to cover your medical expenses and lost wages. Or they may even claim that your injury was not caused by a work-related incident.

A large portion of workers are unaware of the workers’ compensation law. That is why it is not uncommon to see cases where the employee loses his right to claim compensation because he did not file the claim on time. It’s good to know that generally, workers’ compensation claims can be filed up to 7 days, usually less, after the accident occurs.

If you want to make the legal process more manageable, we recommend hiring the best workers’ compensation attorney in Los Angeles. When you hire a lawyer, he will take care of the entire process. He or she will collect the necessary evidence and interview witnesses, and even represent you in court if necessary. Hire the top workers’ compensation attorney in Los Angeles and take back control of your life.

Get Help! Talk To A Lawyer

Were you injured at work? Take the test and see if you qualify to recover compensation!

When Should You Hire a Workers’ Comp Attorney?

You might still be unsure if you should consult with a workers’ compensation attorney. Many fear that they are at risk of losing their job just by applying for this right. At LG LAW we assure you that you have absolutely nothing to worry about. If your boss is threatening to fire you, he is committing a crime.

At LG LAW, we have a primary mission: To put you back in control of your life after a terrible accident. No matter what your case is, we will make sure you get the benefits you deserve under the law.

It is not uncommon for some insurance companies to try to minimize your injuries to avoid having to pay a large amount of compensation.

Various tactics are used, they may attribute the injury to a condition you already have, or to some non-work activity. The truth is that your legal team is on a mission to cut costs, and they usually do everything in their power to do so.

LG LAW has extensive experience in negotiating with all the major insurance companies in California. We have managed to recover quite large sums of money. After filing well-established cases, insurance companies often offer reasonable amounts to avoid going to court.

However, if no fair settlement is reached, the top workers’ compensation attorney in Los Angeles will take your case to court and increase your odds of winning a workers’ comp case and getting what you deserve.

Insurance companies will be quick to blame your preexisting injuries when it involves the same body part you injured at work. This is often the case when your injury has developed slowly over time, as opposed to a single work accident. This is especially common if it is a degenerative disease, or a condition that gets worse over time like carpal tunnel syndrome.

Your Ability to Work Has Been Affected

If your injury hinders you from working the same way as before, you will need to maximize your work comp benefits. You may also need to undergo training for a new line of work. LG LAW can help you do both.

You Have a Workers’ Comp Hearing

In case the insurance company is unwilling to give fair settlement offers, the best way to go is to prove your case at a workers’ comp hearing. Since this hearing is like a trial, it is almost necessary that you get a lawyer to represent you. If you get to this point, you’ll probably want to have the best workers’ compensation attorney in Los Angeles by your side. At LG LAW we have the most experienced and specialized legal professionals in the field.

Not Sure if You Have a Workers’ Comp Case?

Personal injuries often overlap with workers’ compensation. If you are having trouble figuring out which is more appropriate for your case, our attorneys certainly have the knowledge address that.

You may contact LG LAW today and schedule a consultation to get free workers’ comp legal advice.

The top workers’ compensation attorney in Los Angeles takes all cases on a contingency fee basis, so you don’t have to worry about pulling money out of your pocket! You basically owe us nothing unless we win your case.

Call now and get the compensation you deserve as soon as possible!

You only get one shot at getting the right compensation for your work-related injury. Make a single mistake, and you may never recover the money you deserve. Never risk working with an attorney that isn’t well-versed on the workers’ compensation laws of Los Angeles.

There are many things to consider when filing a workers’ compensation claim in Los Angeles. The time you have to file it, evidence collection and analysis, witness interviews, medical opinions that support your case. It is difficult to keep every detail in mind when you do not specialize in these types of legal matters. That is why at LG LAW our attorneys are prepared to deal with every detail of your case.

Our team is composed of some of the most proficient legal professionals in California. With us, you can be sure that a competent and qualified workers comp lawyer in Los Angeles is handling your case.

Get Help! Talk To A Work Comp Attorney

What Should You Expect from a Workers’ Comp Lawyer?

The main objective of lawyers

that deal with workers’ compensation cases is to help you obtain the benefits you are entitled to depending on the injury.

Where is Our Workers’ Compensation Law Office in Los Angeles Located?

The office is a ten-minute drive away from the STAPLES Center and fifteen minutes from the University of Southern California. It can be accessed via some of the major thoroughfares in Downtown Los Angeles such as Santa Ana Freeway, Harbor Freeway, and Santa Monica Freeway.

Our office is also conveniently located less than 20 miles from the Los Angeles Workers’ Compensation Appeals board in Marina del Rey.

If you have trouble finding our spot, don’t hesitate to call us. One of our friendly representatives would be glad to assist you.

DRIVE TO US OR LET US DRIVE TO YOU

What if Your Boss Refuses to Cooperate?

An employer who refuses to file workers comp claim on your behalf is breaking the law! Don’t tolerate this kind of behavior and take action.

Will You Have a Good Chance of Recovering Compensation?

The remarkable track record of LG LAW reflects that our team knows how to win a workmans’ comp case. Our team of lawyers is top-notch. We will do everything in our power to see that you are properly compensated for your injuries. In the meantime, you will be able to focus all of your efforts on making a proper recovery. We will be at your service both in and out of court.

How Much Will a Workers' Compensation Lawyer Cost?

With LG LAW, there are no outrageous workers’ compensation lawyer fees. We offer reasonable payment plans that don’t break the bank. You owe us practically nothing until we win your case. We work for something called a “contingency fee.” 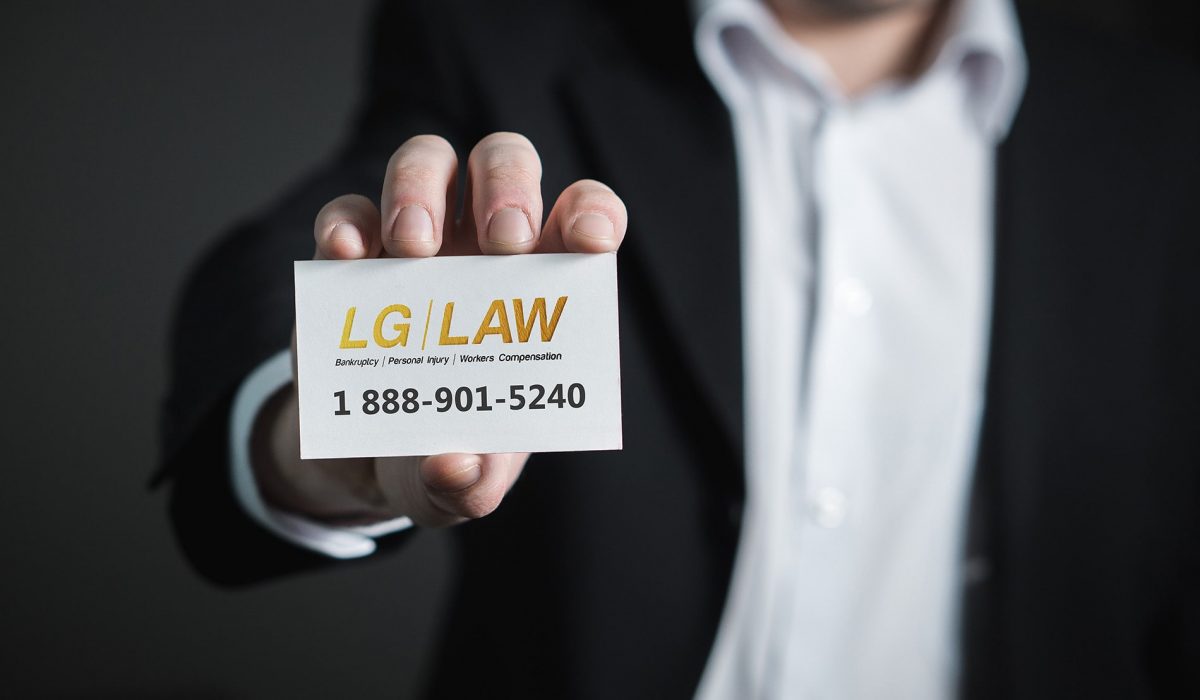 To help ease the burden of your work-related injury, the top workers’ compensation attorney in Los Angeles will personally give you free workers comp advice.

We are a Full-Service Law Firm

LG LAW will take care of everything in relation to your case from start to finish so you can sit back and focus on recovering from your injury. That ranges from evidence collection, witness interviews, case analysis, everything related to the workers’ compensation legal process, we have it covered.

We Can Personally Visit You

In case your injury has immobilized you, our attorney is prepared to drive to where it is most convenient for you.

Is There a Workers Compensation Lawyer Near Me?

Yes, there is! We have offices for the following cities:

Our main offices are located in Ontario (corporate office) and Los Angeles in Little Tokyo.

If you’re not available to drive, or if you prefer to settle your case in your home, LG worker’s comp lawyers can also drive to your place so you can discuss matters with them!